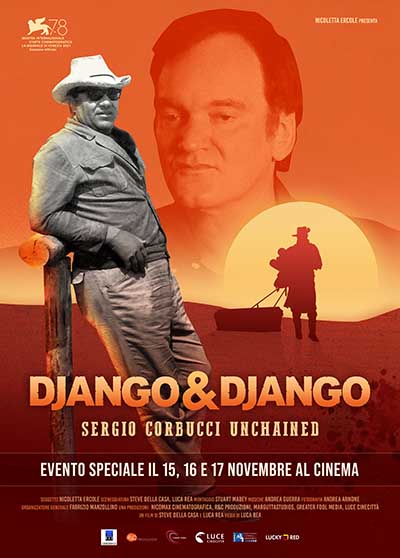 n Django & Django, the exceptional narrator Quentin Tarantino explains why Sergio Corbucci is “the second best director of Italian Westerns,” as a character testifies in Tarantino’s recent film Once Upon a Time in Hollywood. Tarantino’s admiration for Corbucci is confirmed in his choice to make Django Unchained, inspired by a Corbucci film from the 1960s. The film used unpublished materials, testimonies and reconstructions to evoke a unique period in cinema.